If you plan to trek the Annapurna circuit, you should think about a few things, the most important of which are the season and weather. This is especially importa when visiting Nepal, where temperatures and rainfall can vary widely depending on the seasons and regions.

The Annapurna Circuit trek is by far the most popular trip in Nepal's Annapurna region, and it is widely known as one of the world's best treks. The journey is famous for its diverse landscapes and climatic changes. The hike begins in Besisahar and ascends through subtropical meadows to the spectacular Thorong La Pass at 5,416m, the trek's highest point.The trail descends from Thorong La Pass into the wild Mustang region, where the landscape changes to semi-arid.

The northern Annapurna region receives much less rain than the rest of the Himalaya due to its location, allowing for year-round hiking even during the monsoon season. The best time to trek Annapurna Circuit is determined by two factors: weather and crowds. The drier seasons attract many visitors, whereas the wetter seasons are less busy.

The seasons and weather in the Annapurna region can be divided up into four seasons, although the rain pattern is quite different and should be noted before trekking the circuit. 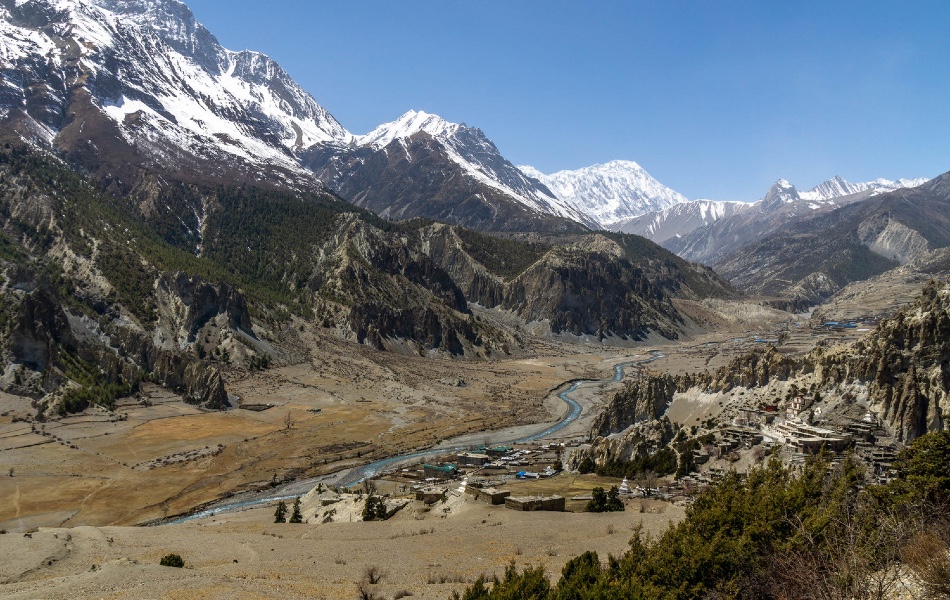 As the weather warms, trekkers go to the mountains, making this the second most popular trekking season in the Annapurna region. By April, much of the snow and cloud cover has disappeared, turning the views crystal clear.

End of May brings a strange haze over the mountains, although it is only visible at low altitudes, and the sky clears completely as you reach higher elevations near Thorong La Pass. As the monsoon season approaches, the heat rises around mid-May, and walking at low altitudes, particularly in the Mustang region of the Annapurna Circuit can be uncomfortable.

Trekking in the spring between mid March and mid April, allows you to witness the stunning views of rhododendrons that bloom in the forests surrounding Ghorepani. Rhododendrons are a very spectacular sight, filling entire hillsides with red, white, and pink flames.

You'll need to dress in layers and drink plenty of water on a daily basis. Because of the popularity of the Annapurna Circuit, this is the busiest time, and tea-houses fill up quickly; thus, we recommend booking with Magical Summits as early as possible.

During this time, the southern Annapurna region, mainly near Pokhara, gets a lot of rain, and the rhododendron trees around Ghorepani are full of leeches. The northern areas of the Annapurna Circuit, around the Mustang Region, gets almost no rain as it located in the rain-shadow area, where the mountain ranges protect the area from major monsoon forces.

There are less people during this time of year, and many flora species blossoms, making the trek especially picturesque. Please keep in mind that rain clouds often obscure your views.

From September through November is the busiest trekking season in Nepal. It is the time just after the monsoon when everything is refreshed, washed clean and vibrant. Even at elevations above 3,000 meters, the weather remains pleasant, and the views of the mountains are usually breathtaking and clear.

Even though nighttime temperatures will remain below zero, the clear night skies filled with a billion dazzling stars will make up the difference! Because of its popularity, this is the busiest time on the Annapurna Circuit, and guesthouses fill up quickly; thus, we recommend booking as early as possible with Magical Summits. 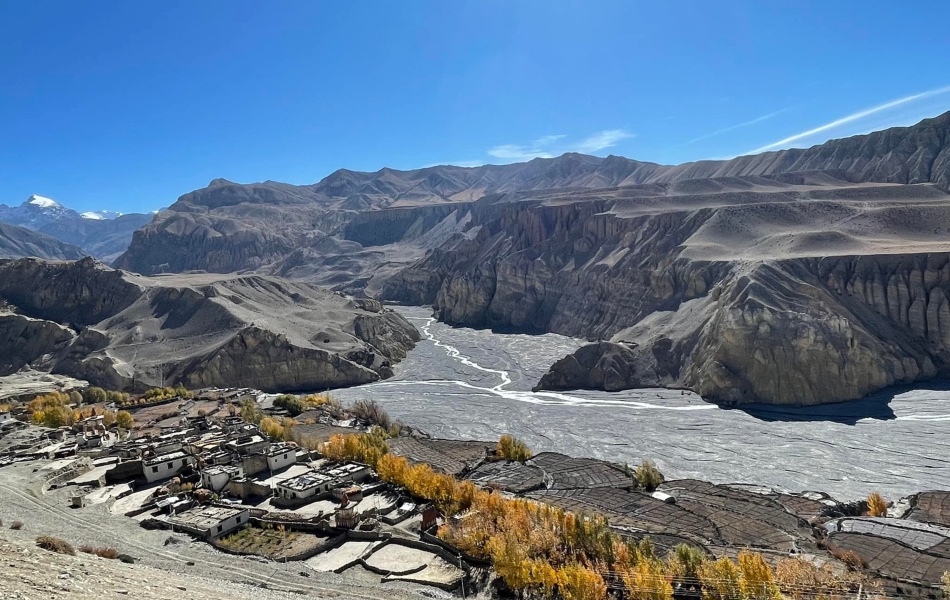 Although it is quiet, this is the coldest season in the Annapurna region. Depending on your altitude, temperatures will be cold during the day and much below zero at night.

Thorong La Pass, at over 5,000 m, is often covered with snow and will close for several days whenever happens. Unless the track is closed due to snow, guesthouses are open during this time. However, there are still clear days with stunning views.

You will have the opportunity to see some of Nepal's most exotic and remote regions, including Mustang and Manang.

The Annapurna Circuit trek is doable year-round. All you need to do is get the right equipment and supplies.

If you have any questions about the Annapurna circuit trek or any other treks and trips within Nepal, Bhutan, Tibet feel free to contact us.

“I was born and raised in Nepal, nearby Everest region. I am proud to be a native Sherpa, and I have been a Mountain guide over a decade now. Following my passion, I decided to start helping travelers with their travel plans! I think life is a journey, a trip where you collect experiences when you share with other people and with nature.”

Send us your feedback

“I was born and raised in Nepal, nearby Everest region. I am proud to be a native Sherpa, and I have been a Mountain guide over a decade now. Following my passion, I decided to start helping travelers with their travel plans! I think life is a journey, a trip where you collect experiences when you share with other people and with nature.”